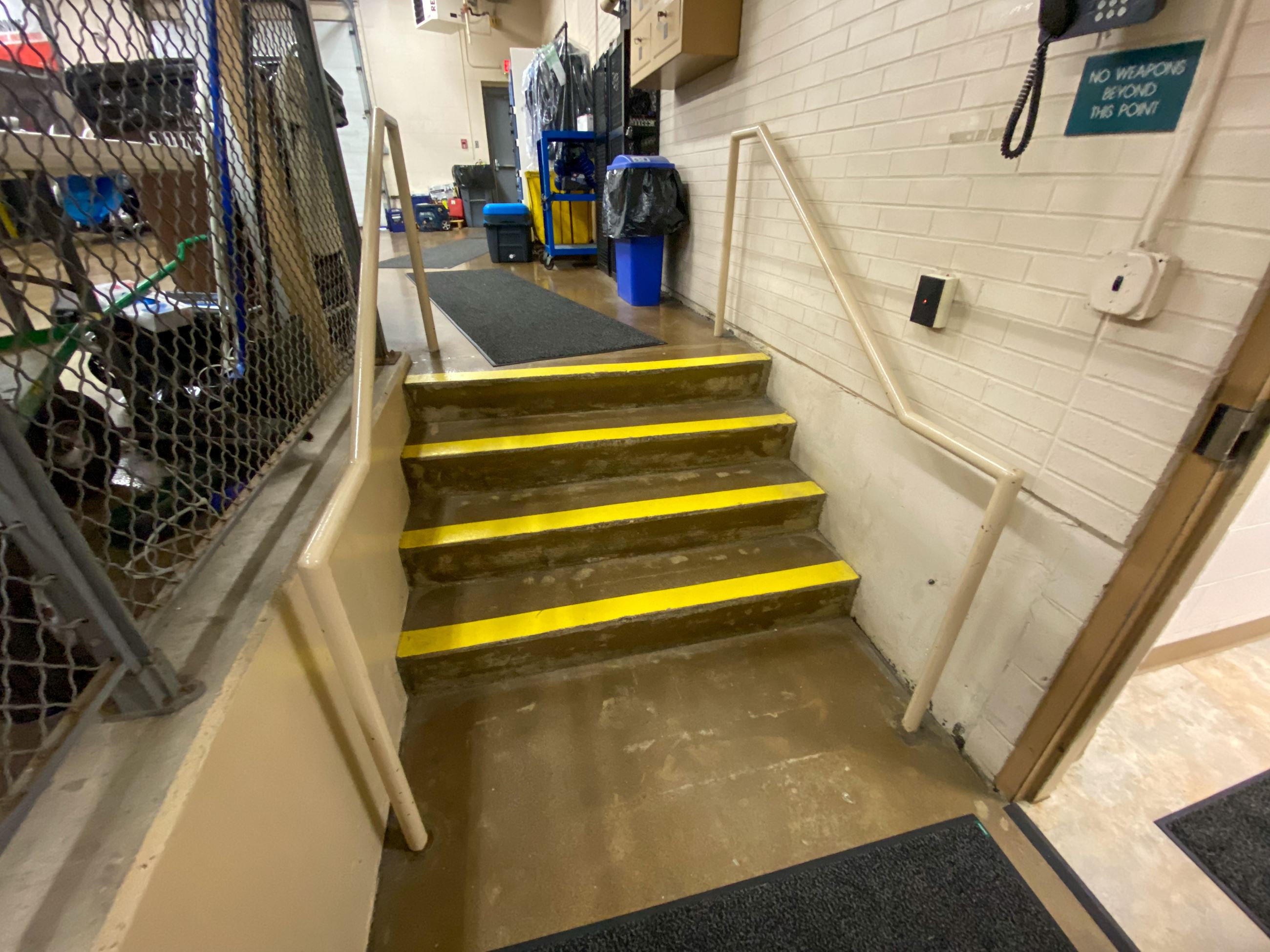 The Beavercreek Police Department moved into its current building in 1997. The two-story, 11,900-square-foot building was built in 1965 and remained unchanged for more than 30 years. A built-on addition to the front and a sallyport were added to the building in 1996. At the time of move-in, the department immediately outgrew its space with 57 full-time positions, with 46 sworn officers, 8 dispatchers, and 3 support staff. As the city has grown over the past two decades, so has the department’s demand for services and space. Today, the department has 69 full-time positions, including 50 sworn police officers, 12 dispatchers, and 7 support staff.

The department’s building is located off of Dayton-Xenia Road, on a cul-de-sac with no quick or easy access to any nearby interstates or highways, which can slow response times when seconds are critical. Due to the department’s secluded location, many residents have stated it is difficult to find the department.

Security around facility and parking areas

The exterior of the building and parking lot is not secure. Ideally, a police department’s property should offer easy public access to the building, while also maintaining a secure and safe environment for police vehicles, equipment, and staff.

The multi-level layout of the building presents many difficulties for officers, staff, visitors, and detainees. After entering the building, guests must walk upstairs or use an elevator before coming in contact with a staff member. Typically, police departments are designed to have visitors access a “hard” lobby as the first entry before entering a “soft” lobby area. This works as layered security for both the visitor and staff. The department’s current lobby also includes a small interview room that provides limited privacy, making it difficult for officers to record interviews when required by law.

The size and layout of the building do not meet the needs of the department. Officers must store their gear in multiple areas throughout the building due to lack of space. The department’s locker room and shower facilities are small and outdated.  A standard-sized hanger cannot fit inside of a locker, so officers are forced to store their uniforms in various other locations.

Current office spaces are overcrowded with limited storage in less-than-ideal locations, including hallways. Meeting spaces are also limited. There is a need for additional work spaces for growing staff, but currently the department has no physical room to expand.

In the sallyport, or secure garage entryway, officers must use stairs to escort detainees to the processing area. In some cases, detainees are under the influence, which makes it difficult for them to navigate stairs without an officer's assistance. This poses serious safety and liability issues for both the detainee and officer.

The department’s larger emergency vehicles, including its armored personnel carrier, must also be stored at an off-site location nearly four miles away because there is not enough space to store it in the parking lot. As a result, this adds to the department’s response time by several minutes.

Assessment of the building

MSA Design, a third-party architectural and planning company, has conducted two assessments on the City of Beavercreek's police building. The most recent assessment was conducted in September 2022. MSA evaluated the facility’s infrastructure, site conditions, square footage, and overall efficiencies.

MSA’s assessment revealed the police department building has several deficiencies in programming, security, infrastructure, and physical facility conditions that limits operations and increases risks of safety and security for officers and staff.

The assessment explored the possibility of renovating the building to meet the department’s needs, but found this would require the facility to undergo substantial upgrades, including a major building reorganization and that even with the costly upgrades, “numerous deficiencies would remain.” In addition, renovations would require staff to relocate, which would pose serious challenges.

In conclusion, MSA determined the most appropriate solution in terms of cost effectiveness, function, and longevity would be for the city to build a new building in a new location.

The Beavercreek Police Department is one of 55 police departments in Ohio to achieve accreditation by the Commission on Accreditation for Law Enforcement Agencies, Inc. (CALEA). The purpose of CALEA is to improve the delivery of public safety services by maintaining a comprehensive body of law enforcement standard, establishing, and administering an accreditation process, and recognizing professional excellence. The department must complete annual reviews and an in-depth assessment every four years to maintain this accreditation.